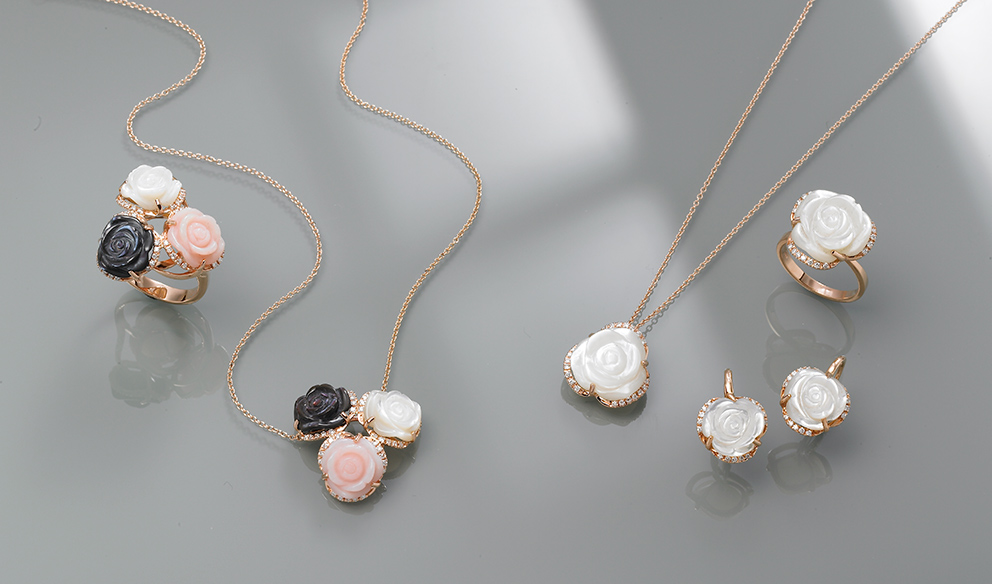 The goldsmith company was founded in 1977 thanks to the founding brothers Santamaria Giuseppe and Carmelo. At the beginning the goldsmith production of the Santamaria brothers was oriented towards traditional jewelry, inspired by ancient gold jewelry produced in the last century.

Towards the end of the 80s and early 90s, the company further specialized in a new sector by working on dials for cameo (coral) clocks and dealing with artistic decorations around the edges. The production will expand till the production of brooches, rings, pendants and necklaces.These were creations based on black burnished silver and yellow gold, rosette-cut diamonds and colored stones. Later the company began to diversify its gold production, starting to work massively for large market leading companies, specializing in the production of griffes settings, becoming a reference point for models and parure of a certain importance in terms of goldsmithing techniques and intrinsic value of the object created.

In 1997, with the entry of the young Santamaria Marco, the company experienced an important change of course on production and launched a new business challenge for the entry into Italian and foreign markets with new lines and collections being in continuous growth, it began to collaborate and to produce jewels also for large Brands in the sector, confirming itself as a pillar of solid foundations also for the high-end production sector. From 2014 onwards, the company moved to a larger location due to the need for new collaborations and organic expansion following the entry into new markets.

The great experience gained in 40 years of activity and continuous growth and innovation, also thanks to the new generations, it has led the Santamaria company to position itself among the most popular manufacturing partners among the market leaders. Marco Santamaria, whole with some illustrious collaborations, is working on several fronts (including the digital channel) to grant that the company becomes even more omni-channel and take part of markets where to spread its collections, both in Italy and abroad.