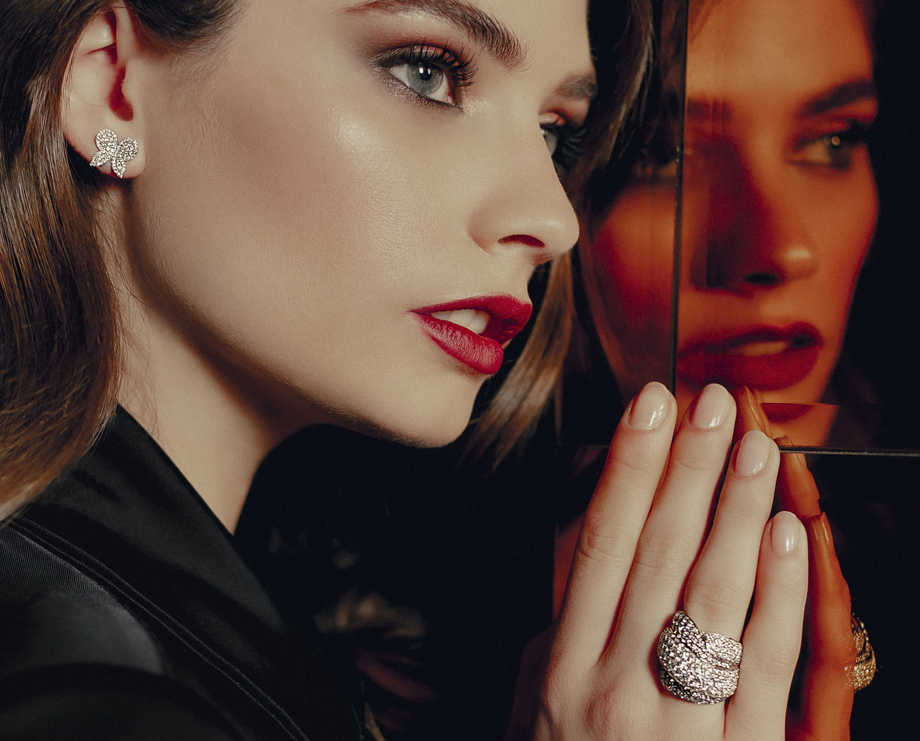 The fight in style!

The cocktail ring was born in the 1920s, during the Prohibition period, and became popular in the 1950s. During this period, characterized by severe laws on alcohol consumption and social life restriction, the female community developed some forms of rebellion to the status quo. It is known that women used to wear the cocktail ring at clandestine parties held in clubs and private homes. The cocktail ring thus can be interpreted as a form of protest against Prohibition: parties were secretly organized and ladies indulged in prohibited pleasures like liquor tasting and entertainment. They often exhibited exaggeratedly luxurious rings to make themselves noticed despite the shadow cast by Prohibition. However, specifically due to the duty of secrecy imposed to those parties, the cocktail ring became a well-known and renowned jewel, especially from the 1950s, a time when, with the end of restrictions, people were finally allowed to enjoy glamorous lifestyle and join exclusive cocktail parties. Now days the cocktail ring is a fashionable jewel symbol of style and elegance, characterized by a large and faceted gem and a showy and elegant setting. Unlike in the 1920s, buying a cocktail ring today is not about getting noticed but is essential in completing an outfit making it original and cherished. Doralia among its catalogue of masterpieces available to clients, offers exclusive and unique cocktail rings, a combination of creativity and high level craftsmanship. We bring the beauty of Made in Italy jewels to the world.