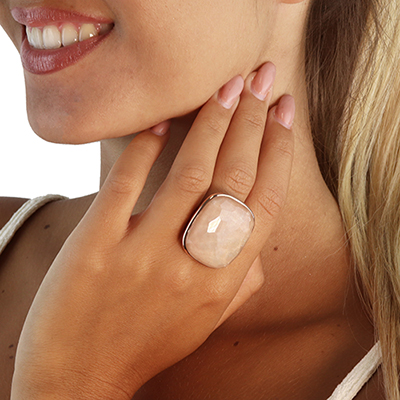 At the service of customers since 1961, the company was born from the will of Italo deambrogio who produces and sells clasps for pearl necklaces all over the world. over the years the initial product is increased by rings, earrings, bracelets and necklaces both in diamonds and pearls and with precious and semiprecious stones. the production takes place 100% in the factory in Valenza, Italy and is carried out entirely by hand by artisan goldsmiths of recognized ability. the product is appreciated in Italy and in the world also thanks to the continuous participation for more than 50 years in fairs such as Vicenzaoro, Hong Kong, Tari 'and Las Vegas. Over the years, the new generations have been joined by introducing new types, following prototyping and processing techniques of cutting-edge models, albeit in continuity with the goldsmith tradition of Valenza.

The Deambrogio Fratelli company (brand 1043 AL) was founded in 1961 by the brothers Italo and Piergiorgio Deambrogio. The headquarters, initially located in viale della Repubblica 30, was moved in 1963 to 5 / H of the same street, where it is still located today. The company then employed over 30 employees, specializing in high-end jewelery, in particular in the so-called jewel closures for necklaces and bracelets, destined for the domestic and foreign market. One of the two founders, Commendatore Italo Deambrogio (1929-2015), after having initially worked at Staurino Pietro and Carlo Ceva, had already created in 1955, in partnership with Lorenzo Ricaldone, a company with about 35 employees, equally specialized in closures. The younger brother Piergiorgio (born in 1933) was finally associated with Italo in 1961, after experiences gained at Martinengo and Barberis and then also at Carlo Ceva. Over the years, while maintaining its traditional production of closures, Deambrogio Fratelli has gradually enriched its offer with other types of products, in particular rings, earrings, bracelets, necklaces. In 1997 the company turned into a limited liability company, becoming a joint stock company. The sons of Italo and Pier Giorgio, or Paola, Andrea, Gianluca and Stefano, are currently engaged in the business. This now historic company has received several awards, such as the Sant’Eligio award (2005), the gold medal of the Chamber of Commerce (2008), the Oscar of Success of the Province of Alessandria (2015).

The various materials that testify to the company's activity have been accumulating seamlessly since its foundation in 1961. In total, there are about 10,000 different elements, mostly rubber molds and base metal models. A lot of documentation is still useful to the current commercial and productive activity, especially among the most recent material.
In particular, the following series are highlighted:
- collection of rubber molds, about 9000 pieces, 1961-2016
- collection of models in base metal, about 500 pieces, circa 1960s
- technical catalogs for production and marketing, from model no. 1 to the current 8,334, initially in paper format and then digitally for the most recent models
- drawings, paper and digital
- advertising photographic catalogs
- staff attendance register from the date of foundation (01/09/1961)